So that was the beginning of open heart surgery.I was a medical student. I read about that. And at that time, the medical school had alaboratory, and I did some– I mean, I didn’t do nothing particular– but I did get thepump from the ladies of the diplomatic corp in Guatemala. I give them a talk and said,we need a pump. We have to buy a pump. We bought a pump. Primitive pump, but nevertheless,we had it. And I got some bags to do the oxygenator. And there’s a thesis, medical school thesis.I used that to do 10 dogs. We put 10 dogs on bypass, opened the ventricles, closed it.And as I say, I did nothing particular. But nevertheless, it helped me, the thesis helpedme in part that I was accepted as a resident at the University of Minnesota. That’s howI got– that’s the only place I applied, by the way. What did I know? I didn’t know any.I applied to University of Minnesota. And where were two circumstances.

One was thatI sent the thesis along with my application. And they apparently were quite interestedthat a guy in Guatemala suddenly came up with that as a medical student. But there was anevent, there was an International Congress in Guatemala. And I was one of the interpreters.There were simultaneous translations. And one of the people who was there was a chiefof child psychiatry at the University of Minnesota, Dr. Jensen. And he gave a talk. But he startedthis talk with a joke. As you know, there are many Scandinavians in Minnesota. ManyScandinavians. Lillehei, for example, is Norwegian. That is a Norwegian name. Between the Norwegianand the Swedes, there was always some jokes with the Swedes, because the Norwegians area little dumb or whatever.

So there were all these jokes. Well, this guy started his talkin psychiatry with this joke. I didn’t understand the joke. But I told the people, now, I don’tunderstand the joke. But when I tell you, you have to laugh. You have to laugh. So Isaid, laugh. And ah, ha, ha. Everybody started to laugh. The guy went back to Universityof Minnesota, said, there’s this genius kid in Guatemala who understands and could translatemy joke. Years afterwards, I told him that I hadn’t understand a damn thing about hisjoke. But anyhow.

So I was lucky to be admitted as a resident at University of Minnesota atthat time. And I did there my– it was very academically oriented program in which wedid clinical, of course. At that time, it was combined. There was general surgery, andcardiothoracic was still all together. And I had a master’s degree in biochemistry, anda PhD in experimental surgery and physiology. Very academically oriented for an academiccareer. Dr. Wangensteen was the chief, and it was an interesting time at the Universityof Minnesota. And then when I finished, the hospital stay on on the staff. I was lucky.So I was there then as an assistant professor, associate professor, professor, until ’72when they started– they offered me the job. Dr. Gross retired from Children’s. And theyoffered me the job. I was very amazed about that.

I didn’t have the slightest idea whythey would select me. To this day, I don’t know how they selected me. You don’t understandwhy the search committee turned to you from Boston when Dr. Gross was retiring? I didn’tunderstand. Because the names that were involved who had been already here to look at the job,they’re all very famous guys. I was nowhere. I was nobody in Minnesota.

I mean, I had publishedsome stuff and stuff. But I really, to this day, don’t quite know. And whether they madea mistake or not, I don’t know that either. I don’t think it was a mistake. But anyhow,that’s how it was. So I came here in 1972 to Children’s. So before I ask you about thatera, could I ask you this? At one extreme, someone like me looks back at that time andsays, what was it about Dr. Gibbon and Dr. Lillehei and you, that were able to move thefield forward.

Does the field move forward because talented individuals move the fieldforward? Or is it a combination of talented individuals and the era and the time are appropriatefor the advance? Well, it’s an interesting question. Because you see, you have two aspectsto that, and good examples. Gibbon was not supported, really, as I told you. The chiefof surgery at the Mass General, Dr. Churchill, really didn’t believe that he ever would dothat, or that this was possible. So it was in this little corner in the second floorof the basement of Mass General. And he got the little grant from the– then finally,he made some contact with Watson from the IBM. And they gave him some money. But hereally did not have the backing, enthusiastic backing of people. He fought for 20 yearsto do that. On the other hand, at the University of Minnesota, the person who has to be mentionedis Dr. Wangensteen. Also a Norwegian name, Wangensteen. Was a very extraordinary individualwho had trained at the University of Minnesota. And the Mayo brothers who was at the MayoClinic, Charles and– recognized that this guy was special. And out of their pocket,sent the guy– those years, you know, American surgery had to go to Europe.

Was the otherway around. To become whatever chance or so at an academic appointment. And he spent twoyears in Europe paid by the Mayo brothers. Interesting. And he came back and built avery strong academic department. I mean, we all who went there, had really the moral obligationto not go into private practice, but to do academic surgery. So the ambiance that hecreated in that department was very research oriented and very innovative for innovation.He himself was a general surgeon. He did a lot about gastric suction and stuff and cancersurgery. And he was not involved personally. He wasn’t personally involved in this cardiaceffort, but he supported Lillehei and Varco’s idea strongly. So you had the two juxtaposedsystems.

One where there was a visionary leader who supported the faculty– Exactly. Gibbondidn’t have that. Right. What was it in you, though, that you’re in Guatemala. You’re amedical student. And in retrospect, that’s a huge accomplishment. You put 10 animalssuccessfully on bypass and successfully decannulated them. By the way, I didn’t do anything. Imean, I read “The New England Journal of Medicine,” and then I got some other reprints and soon. And then, I mean, I copied what they did in Minnesota. But what was the motivation?What do you think was the inner drive? Well, I wanted to do it. No. I thought, that I did.I somehow it caught fire. I’m not quite sure how, exactly. But I mean, it just interestedme. It was the last organ that now was being attacked surgically. And I thought that wasfantastic. And since a lot of people have heart problems. In Guatemala, for example,rheumatic heart disease was very strong or very common at that time. And people died.So I thought that that was a fantastic opportunity. And it’s true. And to be honest with you,I don’t exactly remember how I became so enthused about it. But I liked history always a lot.Always I was interested in general history and in medical history. 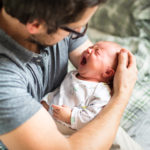 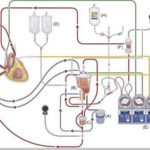 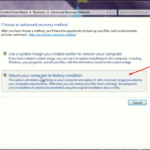 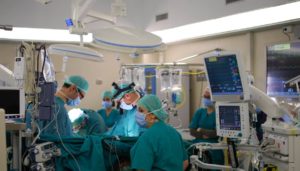